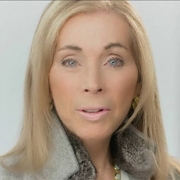 Millions of words have been spoken. Yet the true path is so very simple and it’s shining like a beacon for all humanity. If everyone would at this very moment let go of all past grievances, of all that no longer serves us, open our hearts with love for ourselves and for others, our world would be transformed in an instant. The other day I found myself in Heaven for another visit. We are all there, our ancestors and our future selves to the 7th generation, and it’s all love, so all-encompassing and supportive, none of the troubles and travails of 3rd dimension prevail there. Heaven is a place of the highest creativity for the greater good and everyone thrives. Let’s bring Heaven to Earth. We can do it. It’s all inside us.

“Being in your center around other people comes from opening to the strength, love and wisdom of your divine self and soul, as well as other divine sources. These energies then flow through you and out to the world, strengthening and lifting everyone around you who is open and receptive.

When you are in touch with your higher energies you are able to be loving no matter how people are acting or what they are saying. You are calm and confident, aware of your truth. You stay in the light, unaffected by the emotions and words of others. Divine energy reveals your underlying unity with others, allowing you to respond with love and goodwill even around people with very different views, beliefs and lifestyles.

Something magical has happened, in the blink of an eye, as we have been told it might, while we slept or were meditating. Are you feeling it – the Moment of NOW has arrived!

“Its been a while since first i stood on the threshold where before me lay the beauty of a portal leading into a higher frequency. After lingering there, adjusting my thoughts, i stepped through the portal, holding a part of my consciousness in the place from whence I came. Then, after a while I stepped fully into the higher frequency of love & light. Still, a part of my consciousness remained in the other place until the frequency of the other place became unbearable. Then an angel came to me and said, Are you ready now to close the door on that other place which still stands open behind you? I hesitated…my angel waited…and advised a good nights sleep. When dawn arrived I opened my eyes and behold! While I slept my angel had closed the door behind me and that doorway became obscured by the light in which I now exist. I now await, holding space, for others to step through, just as others waited and held space for me, each in our own time. Meanwhile, I have made a discovery…the only thing that can return to that other place now sealed off from me, is LOVE. “

Yesterday was International Women’s Day. What’s today? Do we forget and go on our way? Is everything that was broken for women now fixed to be replaced by new drama and events? Many people view the day as an opportunity to get their personal message out.

I want to say, in solidarity with Sojourner Truth – “I Am A Woman!” I am a Catholic woman, a Jewish woman, and I am a Muslim woman. I am an Irish woman, a Chinese woman, an Egyptian woman, Japanese, Native American, Indian woman, I am a Black African woman and a White Protestant woman, a Middle Eastern woman and that means I am a Palestinian woman and an Israeli woman. END_OF_DOCUMENT_TOKEN_TO_BE_REPLACED

When we function in a loving way, we create a loving environment for our own well-being and the well-being of those closest to us.  When we go out into the world with love in our hearts and on our tongues we draw to us others who will love us or at least treat us kindly. END_OF_DOCUMENT_TOKEN_TO_BE_REPLACED 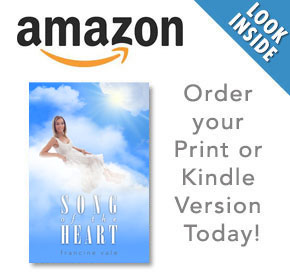